Sydney-born, 27-year-old Danielle Scott has been one of Australia’s consistent performers on the World Cup circuit. Her recent 2016/2017 season saw her achieve her best performance to date, finishing the World Cup in second place and taking home one gold, three silvers and one bronze medal.

Scott is already a Winter Olympian; her first appearance came in 2014 at the Sochi Olympic Games. She was 23 years old and finished in the top 10. Fast forward to 2018, Danielle is competing in PyeongChang at her second Winter Olympic Games, where she hopes to take home a medal.

We sat down with the Aussie winter sports star to ask her 10 quick questions, to give us an insight into who her greatest rival is and get a taste of her quirky, humorous personality.

If you had to change your name, what would your new name be and why?

Svetlana. I thought this was such a cool name when I was a gymnast as Svetlana Khorkina was my idol. It sounds more badass than Danielle too!

What is the most unusual fear you have?

What do you wish you could re-live?

My first memory - having my 1st birthday in Fiji and the locals singing “Happy Birthday” to me.

How decisive or indecisive are you?

Let me think about that for a while... Who is or was your greatest rival?

Myself for sure. You are your only competition in what you want to achieve - results are results.

What’s the best decision you have ever made?

To never get bitter, just get better.

What would a trailer to a movie about your life be like?

Action packed, with a lot of ups and downs, maybe like the 2002 Blue Crush trailer (haha).

Who, out of everyone still alive, would you most want to share a meal with?

What job would you be terrible at?

A florist. Their mornings start way too early!

What are you most grateful for?

Growing up in such a diverse country that offers opportunity and freedom.

Catch Danielle on the slopes in PyeongChang, where she will be competing in the women’s aerial skiing event.

Swisse is a proud partner of the Australian Olympic Team 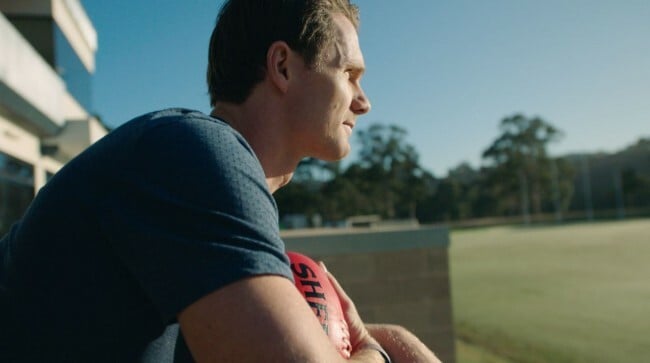